The 6th of June

On this day, seventy years ago, the largest sea-based invasion in the history of the world took place as hundreds of thousands of American and other Allied troops stormed the beaches of Normandy to begin the liberation of Nazi-occupied Europe and the crushing defeat of Nazi Germany.

As the historic Allied landings began, President Franklin Roosevelt took to the airwaves to lead the American people in prayer for strength, courage, and final victory.  The prayer was delivered in a somewhat low key style yet is nevertheless stirring.  In the video above is the actual prayer Roosevelt offered up for American forces, the American people, "sister nations" and, of course, victory.  The prayer is a poignant reminder that, for those fighting WWII, the Allied victory was not a fore gone conclusion.  Thus, divine aid was fervently sought.

Sit down and give a listen to FDR's D-Day prayer, and as you do give thanks to the men who hit those beaches, especially the ones who remain there still, and thank God for His blessing on that herculean effort of good to conquer evil. 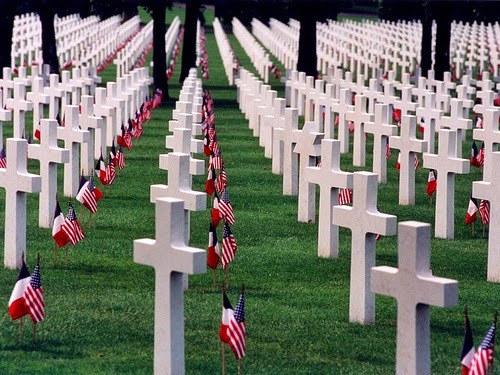 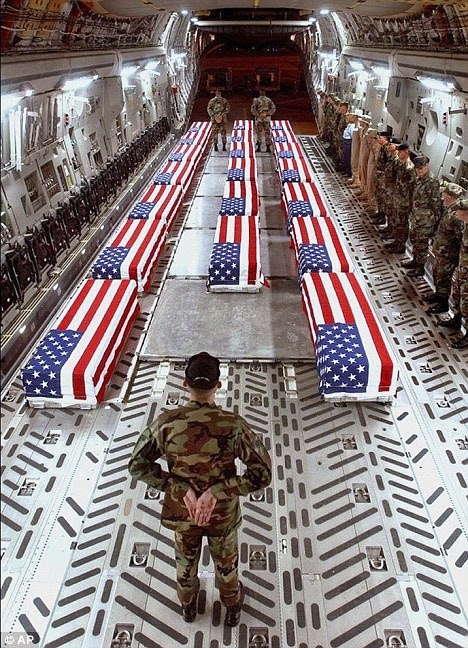 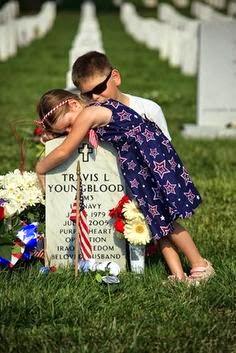 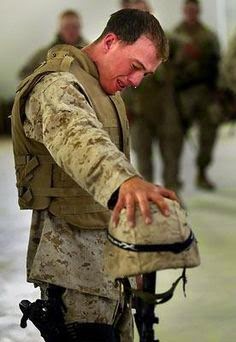 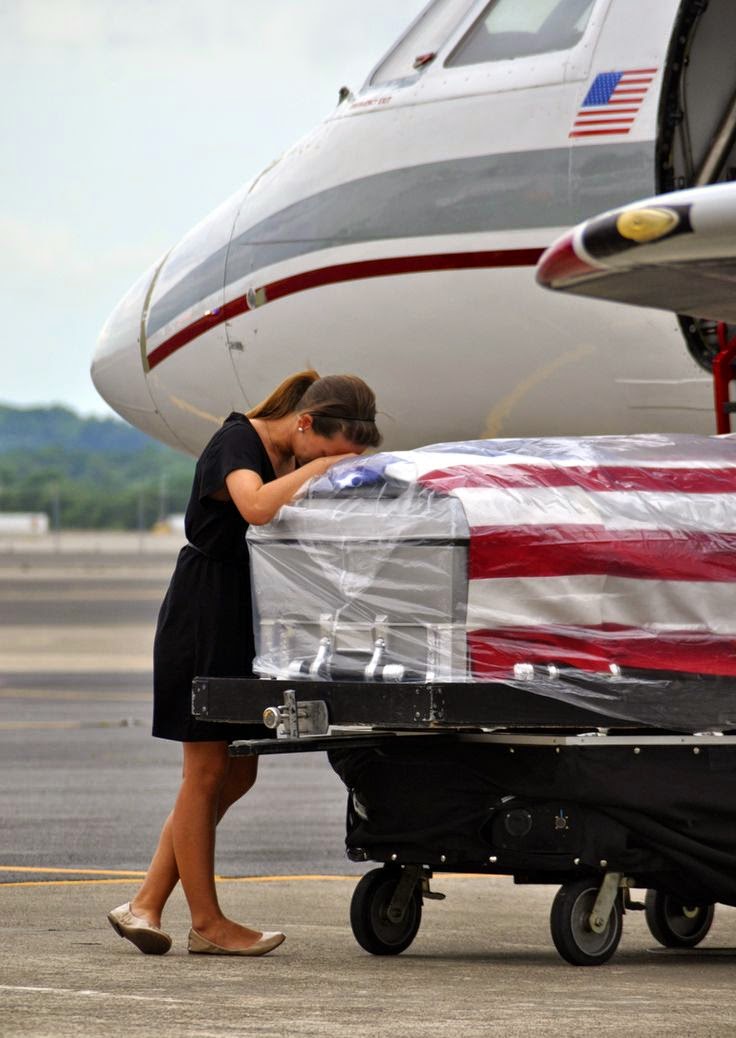 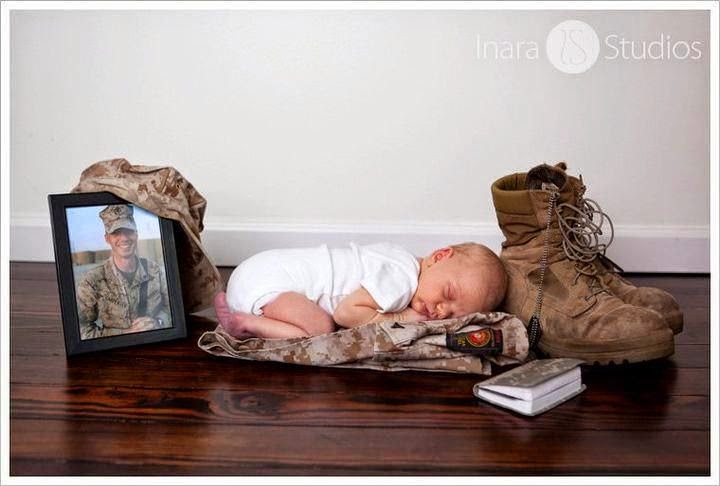 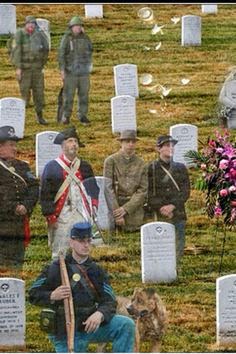 In recent weeks the media's been abuzz with the saga of the Benham brothers, real estate millionaires whose tv show, Flip it Forward, was dropped by HGTV from its fall lineup because of the brothers' pro-life, pro-traditional marriage, Christian beliefs .  In response to HGTV's smarmy and cowardly move, a petition, called Flip This Decision, was started on the pro-Christian website, Faith Driven Consumer, to pressure HGTV to restore the Benhams' show.  I understand the reason for the petition and I actually signed it, but I'm not sure it's the right response to the censorship and anti-Christian bigotry of the cable channel.  Here's why.

If HGTV restores Flip it Forward to its lineup it'll be a victory of sorts for traditionalists and religious freedom.  But I can't help asking, should traditionalists have anything to do with a channel like HGTV?  Think about it.  HGTV's rapid fire cancellation of the Benham brothers' show suggests that the network is run by ardent secular progressives vehemently opposed to traditional family values.  Therefore traditionalists--Christian and non-Christian--should not support HGTV.  It's monumentally unwise to support, aid, and abet that which is against you and everything you believe.  In a shooting war no general would fight like that.  We must stop fighting like that in the culture war.

So what, then, should traditionalists do about HGTV?  I believe the correct response is to fire HGTV.  Drop it from your cable or satellite lineup.  If you can't drop it, don't watch it.  Don't buy the HGTV magazine.  Have nothing to do with the network in any way.  Instead of begging to participate, we should "come out of her" and all other secular progressive cultural/economic structures and begin building a traditionalist counter culture/economy.  That sounds like a tall order and it is.  But I now believe it is absolutely vital to preserving and strengthening the moral values on which our most basic and cherished freedoms rest.

Freedom of association, freedom of expression, freedom of religion, freedom of conscience, and economic freedom are all under assault in the name of tolerance and equality.  Partnering with the attackers will just fortify them.  They must be emasculated.  Fire dies when it's deprived of oxygen.  It's time to deprive the fire of the Left of the oxygen of our time, our money, our goodwill.  It's time to "come out of her".  Let's start by firing HGTV.

I haven't been watching a lot of TV lately.  There was a time when my day wasn't complete until I'd gotten my nightly dose of the news and commentary from The O'Reilly Factor, along with a couple of other Fox shows.  For about a year now, however, I haven't watched The O'Reilly Factor anywhere near as religiously as I used to.  So last night, after a two week stretch of no news shows at all (except for brief snippets I see during lunch time at work), I decided to check back in to The Factor to see how it was doing, and guess what I got.  Monica Lewinsky, as the lead story!

That's right.  Out of everything that's going on in the world--the Ukraine crisis, Benghazi, the Nigerian kidnapping, the Keystone pipeline, the ongoing saga of Obamacare--in spite of all that and more, a Fox News show chose to open its broadcast with Bill Clinton's former f**k buddy.  I mean, really?

Even if Lewinsky might've had something mildly interesting to say after over 15 years in the shadows, why make her reappearance the lead story?  Surely the Benghazi coverup or Putin's saber rattling are tad more important business than the narcissistic utterances of an erstwhile Clinton, ahem, protege.  That The O'Reilly Factor would treat such fluff as hard news is more than disappointing; it's disillusioning.

I've felt for a while that Bill O'Reilly, Sean Hannity, and other Fox News regulars were losing their edge.  That's why I've been watching them less and less, and without any feeling that I was missing something.  Obviously, I'm NOT missing something.  Monica Lewinsky is not news.  And, it now appears, neither is Fox.
Posted by Seane-Anna at Wednesday, May 07, 2014 No comments:

I hope everyone had a fun and blessed Easter.  Mine was good, quiet and peaceful.  A very nice day.
Posted by Seane-Anna at Sunday, April 20, 2014 2 comments:

Happy Birthday To Me!

Happy birthday to me!  Today's my birthday.  I'm 50-years-old today and I can't believe it.  I've lived for half a century.  That definitely marks a milestone, and the other "milestone" marked today is this is the last day to sign up for Obamacare.  Yep, open enrollment ends on my birthday and no, I have not and will not sign up.

I refuse to take part in the Ponzi scheme that is Obamacare.  I'm not sure how I'll take care of my medical needs.  I'm thinking about joining one of the Christian health care sharing ministries, such as MediShare or Christian Healthcare Ministries.  In fact, I've already received an information packet from CHM.  I don't know if a health care sharing ministry will be the right choice for me but I DO know Obamacare is not the right choice for me.  Whew, what sobering issues to think about on what should be a carefree day!

Enough about Obamacare.  I'm going to get ready to attend my weekly Bible study and enjoy the remaining hours of my special day.  Fifty years ago today, I was born.  I think that's pretty neat!
Posted by Seane-Anna at Monday, March 31, 2014 5 comments:

Time To Leave "The Walking Dead"?

It's on.  The last episode of season 4 of The Walking Dead.  And for me this episode may be the last one, period.  Why?  Because of gay character Tara Chalmers.  Before you throw rocks at me, this isn't about being anti-gay, it's about being anti-propaganda.

When I started watching The Walking Dead three years ago I just wanted to watch a scary, suspenseful tale of people trying to survive a zombie apocalypse; I didn't want to be "agendaized".  And Hollywood being what it is, you know a gay character was added to TWD only for propaganda purposes.  Gay is good!  Gays are normal!  I don't want that.

Don't misunderstand me.  If I go into a movie, book, or TV show knowing there's a message, that's one thing.  Then I can prepare myself for it and choose to overlook it if the story is good enough.  But if a show presents itself as one thing and then, later, slips "agenda stuff" in, that I don't like!  Especially when it's left-wing, secular progressive agenda stuff.  And that's what having a gay character on The Walking Dead is.

Think about it.  What does Tara Chalmers' lesbianism add to the show?  What makes it necessary?  Nothing, except its propaganda value.  Gay is good!  Gays are normal!  Gays are everywhere!

I'm a Bible-believing Christian.  I believe homosexual behavior is a sin.  I believe in traditional marriage.  Those are my convictions, and if I'm going to live by them I can't support anything that actively opposes or undermines them.  Is The Walking Dead doing that by adding lesbian Tara Chalmers to the cast?  Most likely, though I really, really hope not.  But if it is, goodbye The Walking Dead.
Posted by Seane-Anna at Sunday, March 30, 2014 No comments:

Seane-Anna
Traditionalist. Pro-life. Straight Edge. Working Class. Believer in my Creator. Unashamed American. Unapologetic Patriot. Got a problem with that?